Posted by Anthony Donskov on Thursday, 20 June 2019 in Coaching Development

The hockey stride has been described by bio-mechanists as biphasic in nature consisting of alternating periods of single leg and double leg support.  The single support phase corresponds to a period of glide, while the double support phase corresponds to the onset and preparation of propulsion (Marino, 1977).  Both stride rate and stride length have been investigated as a means of measuring/separating the skating velocities of high caliber and low caliber skaters. The purpose of this short blog is to investigate the research in order to answer the question:  which is more important, stride length, or stride rate?

Before digging deeper, I wanted to give my personal thoughts on what contributes to each variable.  This is nothing more than my hypothesis based on personal experience. 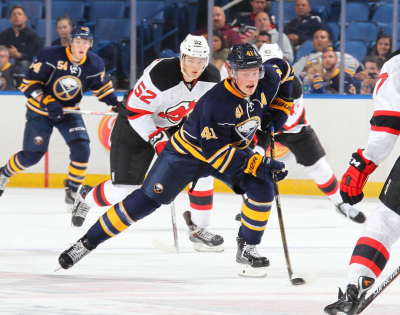 Purpose:  To quantify and compare the temporal aspects of the skating stride performed at three different velocities.

As one would imagine, there is no black and white answer as to which is more important, stride length, stride rate, stride width, or relative strength.  Coupled with the fact that hockey biomechanics research is not nearly as prevalent in ice hockey as field-based sports.  In situations such as these perhaps a portfolio style approach is warranted (diversify the program with elements of each:  strength, mobility, RFD etc.).

We focus much more on basic, foundational strength work with our youth athletes.  However, in recent years, we have focused more on the velocity side with our mature, advanced training age demographic.  Although the research doesn’t clearly steer us in one direction, our goal is to use the strength that has been acquired throughout the years faster, more efficiently in order to improve stride rate and turnover on the ice.