Posted by Anthony Donskov on Thursday, 09 March 2017 in Programming

I must admit that I’m a principle oriented strength coach.  In other words, our principles dictate our program design and the way we train our athletes.  Our programs are basic in nature but every working part has a rhyme and reason set firmly on a foundation of what we call the BIG three.

Regardless of methods, periodization model or means, these structural qualities are the bedrock and blueprint of our program design.  For the purpose of this article, I will discuss specificity and it’s impact on the hockey playing population.  Specificity may be one of the most important principles of program design.  We must ask ourselves:  What does the task require?  What are the specific abilities needed to succeed at the desired task?  Specificity may include:

Specificity does not include:

This does not devalue the importance of overload and recovery, but any task can be overloaded.  Distance running may be overloaded by increasing mileage but this does little to help the sprinter or the hockey player.  Specificity is an understanding of the bioenergetics, biomechanics, psychology, and neuromuscular demands of a given sport.  Hockey is played on the ice wearing molded boots called skates.  This has implications that affect programming.  Below is the first of three program modifications we take into considerations when working with this demographic.

The Issue:  The Hockey Position

Hockey is played in a flexed hip position, placing both concentric and isometric stress on the hips and quadriceps during long duration force application. The specificity of this mechanical position places a specific postural adaptation on the player, facilitating certain muscle synergists while inhibiting or turning off others. It is common to see players with bi-lateral pelvic tilts (when the pelvis rotates forward, the femurs will naturally internally rotate) and an inability to “get into” the hip due to a tight posterior capsule and an anterior migration of the femoral head.  This is due to the constant facilitation of the hip flexors, and the structural makeup of the viscera sitting inside the thorax.  Below is a conversation I had via text with my good friend and physical therapist Mike Cantrell.  Mike is one of the most humble, knowledgeable practitioners that I am lucky enough to call a friend and colleague.  This conversation changed the way we program during the early portion of the off-season. 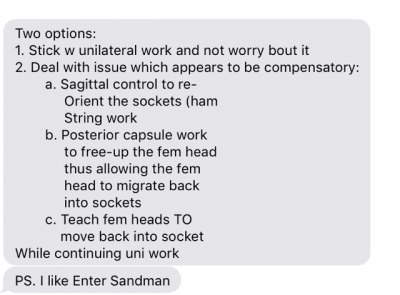 Hamstring and abs are the million-dollar muscles in eliminating intra-discal pressure and reorienting the pelvis.  Flexion NOT extension decreases discal pressure and places the pelvis in a position of neutrality.  During the early portions of the off-season we work on training the posterior chain both isometrically and concentrically.   In addition we focus on breathing (exhalation) and abdominal work to internally rotate the ribs and adjust the pelvis.  The goal of attaining sagittal plane control of the hamstrings is to inhibit the overactive hip flexors (reciprocal inhibition) while adjusting the position of the pelvis and the femoral head. 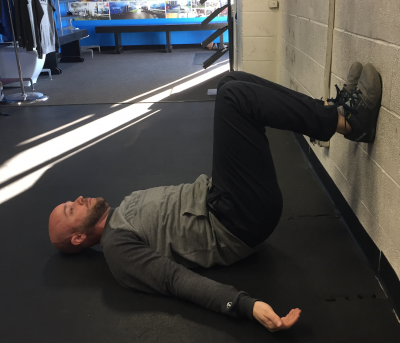 Exercise:  90/90 Hip Lift:  The goal is to inhibit the hip flexors and facilitate the hamstrings. 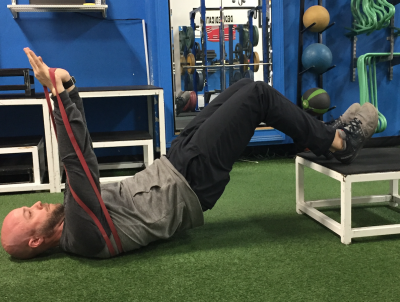 Exercise:  Supine Hip Lift w/Box (use band):  The goal is to facilitate the hamstrings

and internally rotate the ribs via abdominal recruitment. 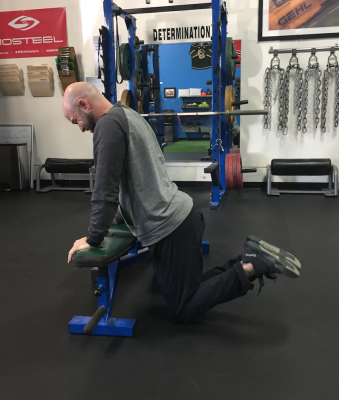 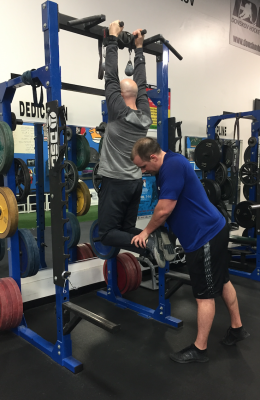 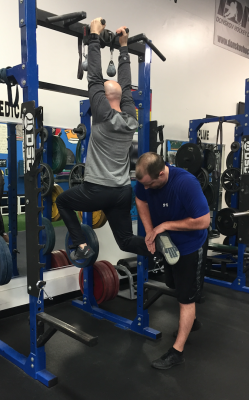 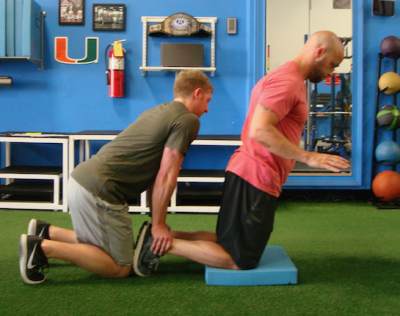 Posterior capsule work is used to work to free up the femoral head thus allowing it to move back into the appropriate position.  We view the relationship between the femur and the aceatabulum comparable to the humerus and the glenoid.  How many baseball players perform anterior humeral head mobility work during training?  I don't know of any due to the fact that most have slack anterior capsules and extremely tight posterior capsules from the demands of their sport.  Hockey is no exception, except the stress most often occurs at the hips.  The femoral head migrates forward and impinges the joint causing discomfort and potential injury.  Below are several of the posterior mobs we use at Donskov Strength and Conditioning. 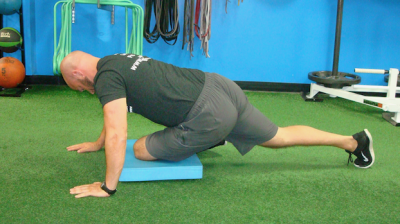 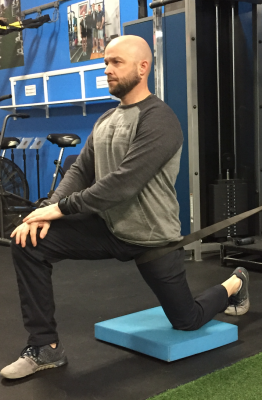 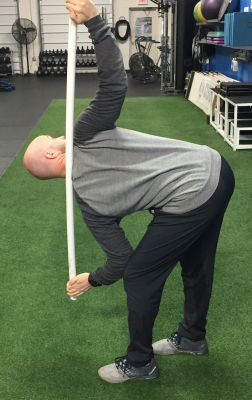 Due to the mechanics of the hockey stride and the wear and tear it places upon the organism, the early portions of the off-season are spent reversing this chronic pattern.  Different sports require different technique, mechanics, muscular efforts and physical exertion thus affecting how coaches program during this time period.  Specificity recognizes these subtle differences and accounts for them in the reflection of sound programming.