You are here: Home » EasyBlog » Anthony Donskov » What makes for an efficient skater?
Subscribe to blog Subscribe via RSS

What makes for an efficient skater?

Posted by Anthony Donskov on Tuesday, 24 August 2021 in Programming

What makes a great skater?  This is a complex question to answer. The truth is, no two strides are the same and there is no perfect answer.  Skating, like playing the guitar, is a skill.  There are plenty of players playing at high levels that have unorthodox stride signatures.  The game of hockey is complex, and although skating comes at a premium, one also must consider hockey sense, technical, and tactical tendencies as all may lead to efficiency on the ice.

So, the question remains. What makes for a great skater?  Below is what I call the skating funnel.  It moves from foundational to specific.  All components, I consider important for being an efficient skater on the ice.  Let’s take a look at each component in more detail. 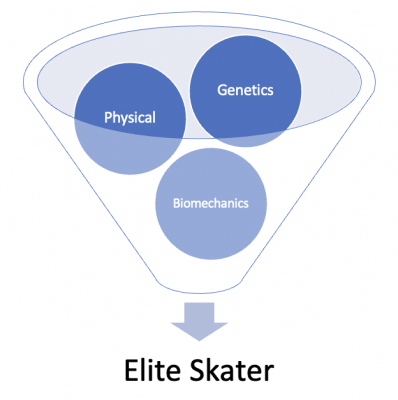 Lever length also plays a role.  Work is equal to force applied over a distance.  Thus, if we increase the length of a lever, we can reduce the force needed to get work done.  This is the equivalent of riding a bike with a WD40 chain as opposed to riding a bike with a rusty bike chain.  Efficiency is maximized with longer levers.  You can’t train this! 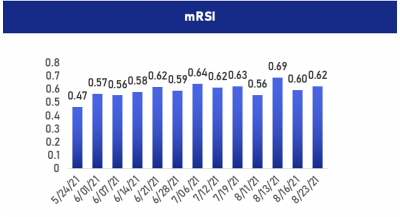 One of the force plate variables we look at to measure rate of force development.

I then create a skating performance model and “plug and play” the variables that I think may reinforce improved mechanics on the ice.  Obviously, the best way to do this is ON the ice which is why a great relationship with a skills coach is imperative.

To Do:  Create a “Theoretical Skating Model” (Listed Below) 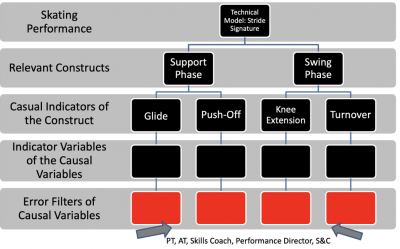 Like many issues in team sport, there are no concrete answers, just conjecture rooted in experience and objective information.  My current hypothesis is the skating funnel as these attributes, I feel lead to efficient skaters on the ice.