Posted by Anthony Donskov on Tuesday, 11 February 2020 in Programming

In a study done by former NHL Coach George Kingston in 1976 he found that the average player in the Canadian system spent 17.6 minutes on the ice during a typical game and was in possession of the puck for an astonishingly low 41 seconds. Kingston concluded that in order to get one hour of quality work in the practicing of the basic skills of puck control, (that is, stick-handling, passing, and shooting) approximately 180 games would have to be played.

Bottom line for young Tommy, deliberate practice is paramount for growth!  A combination of both blocked practice and random practice serve to improve coordination and communication between the brain and the body leading to increased efficiency and sport technical mastery.

Blocked Practice: (Example) Practicing a skill in a repeated fashion

Small area games, free time, and early exposure to varying sporting demands are all more important than the games themselves, or the outcomes of the games for young, aspiring hockey players. Games should be adapted to fit the skill level of the athlete where basic skills, multiple puck touches, quick decision making, and skating mechanics can be challenged in a tight, confined, fun environment. Scaling for school curriculum is no different than scaling at the sport level.  No one would expect young 10-year-old Tommy to take advanced algebra in grade 5, so why is he playing full ice hockey? 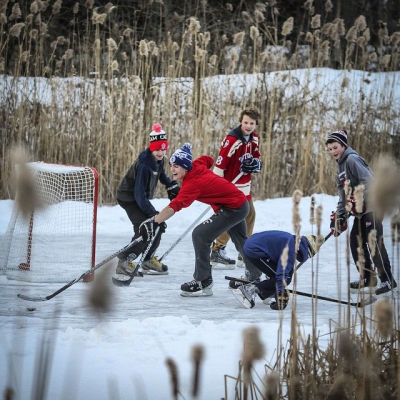 It is during these formative years that the pillars of athletic achievement are harnessed. In addition, motor efficiency is created by unconscious competence, whereby the athlete performs with precision and accuracy in response to changing conditions on the ice without conscious thought.  In situations like this repetition in the form of practice (blocked and random) are the very foundation of which these abilities are built upon.