Posted by Anthony Donskov on Thursday, 04 October 2018 in Programming

When it comes to programming for ice hockey we must ask ourselves…what qualities matter most in sport competition?  In other words, what qualities can we train off the ice, that make the most tangible differences on the ice?  What abilities make great players great?   In order to answer these questions, a good place to start is to look at some of the existing literature and attempt to see what correlates best with on-ice performance.

Key Findings:  Vertical Jump (as opposed to broad jump, 40-yard dash, and isokinetic strength of the quads and hamstrings) was most correlated with on-ice t cornering speed (54.9 meters).

Key Findings:  In men, VO2peak (as opposed to lean body mass and peak torque of the thigh muscles) was most closely associated with on-ice acceleration of 6.1 meters).  In women, body weight was most correlated to on-ice speed (47.85 meters).

When looking at the sport of ice hockey the research is debatable as to which off-ice motor abilities correlate with on-ice success.  Certainly, sample size, group demographic (youth hockey vs college hockey vs pro), sex (male vs female), testing methods, and time of year all play a role in the results.  No doubt testing and monitoring play a major role as well.  With questions unanswered, coaches are left wondering what qualities to focus on.  In this situation a 1/n approach may be the best way to prepare the players for the demands of the game.  1/n simply means diversifying the portfolio.  In economics this done to offset potential loss while maximizing gains. The same basic principle applies in sport preparation.  In the coaching world, the 1/n heuristic means diversifying programming to include horizontal force development, vertical force development, strength and power training within the weekly microcylce.  This covers most abilities that have moderate to strong correlations to on-ice performance on a weekly basis as it pertains to current research. Thus, minimizing losses while maximizing gains.

At Donskov Strength and Conditioning, our diversification approach is daily undulating periodization. Each day has a theme, training goal, and physiological target.  In the track and field world, this is often referred to as a three day-rollover plan. Here is a 30,000-foot view of our summer programming at DSC.

Goal:  Tax all motor abilities within the microcyle

Frequency:  3xweek (These are professional players.  To get better they need ice touches.  This comes at a physiological cost.  Hence, three touch points/week 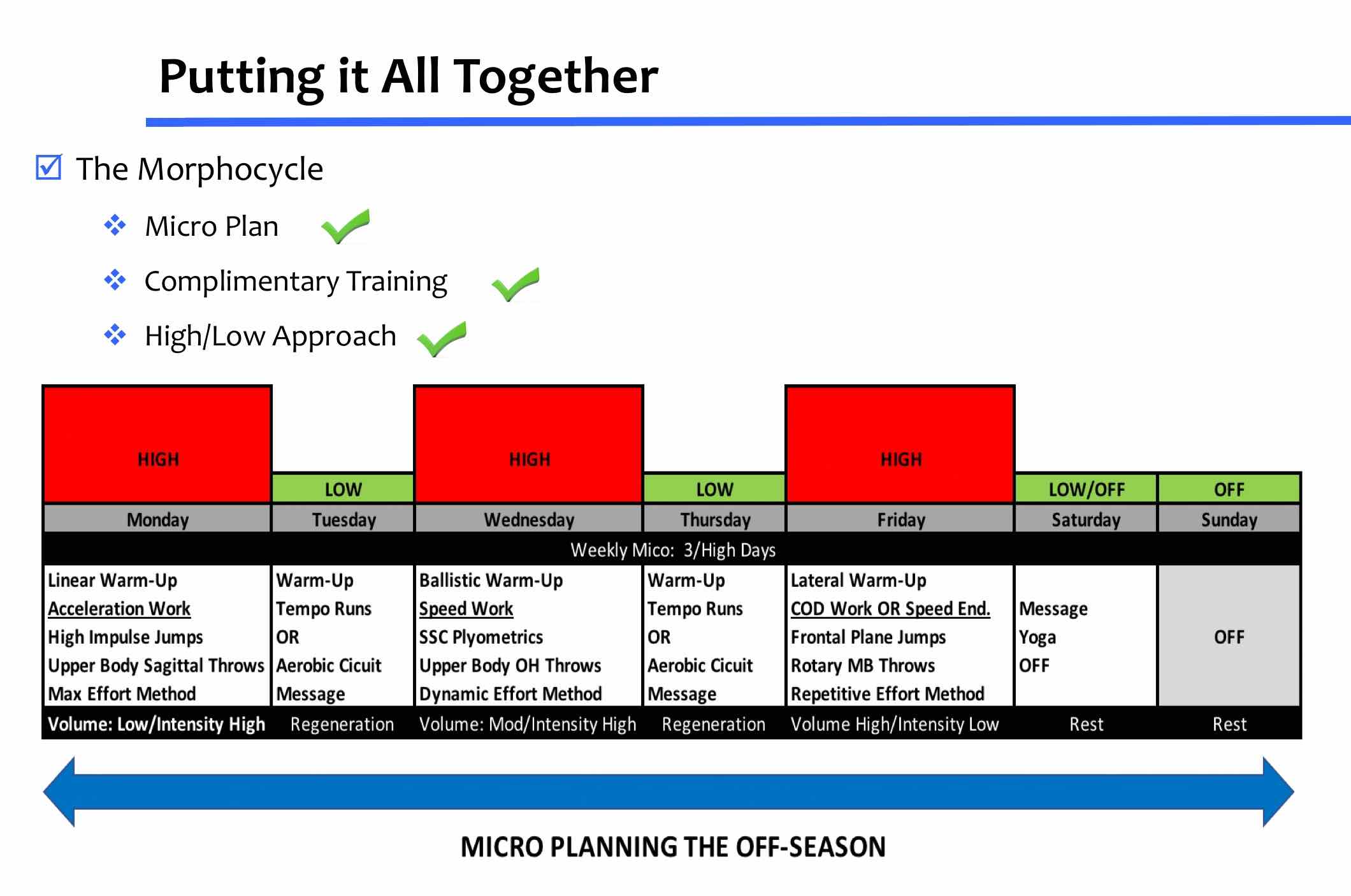 The 1/n approach seeks to diversify the portfolio of physiological stress.  Using the 3 G approach (nothing new here, just an easy way we can communicate the message to our athletes) we can measure our program results based on our unique KPI’s, allow our micro plan to dictate programming decisions, and complement our energy system work with our weight room focus.  In addition, we can hit both ends of the force/velocity curve within the same week while strategically planning higher load days at the backend of the week, thus, not competing with ice touches/skill work.  These are just a few reasons why we believe the 1/n heuristic is paramount in program design.